In November 1863, President Abraham Lincoln delivered his famous speech to honor the men who had fought and died in the Battle of Gettysburg to preserve the Union.

His Gettysburg Address was given on Cemetery Hill in the National Soldier Cemetery in Gettysburg, Pennsylvania. It was a short, yet powerful speech invoking the message of equality for all.

Yet the very spot where he stood may surprise those who tour Gettysburg Battlefields. Read on to learn some fascinating facts about that special day, and for information about a special event to commemorate it: Dedication Day 2021.

Interesting Facts About Where the Gettysburg Address was Delivered

Why Was the Gettysburg Address So Important?

As the Battle of Gettysburg was a Union victory often cited as a turning point in the Civil War, the 17 acres of land was purchased to dedicate to the Union soldiers who lost their lives in the battle.

When was the Gettysburg Address Given?

Sept. 23, 1863: Wills invites Everett to be the featured speaker at the event to commemorate the hallowed grounds.

Nov. 2, 1863: Lincoln receives Wills’ invitation to deliver a few words at the event.

Check out The Abraham Lincoln Papers from the National Archives: 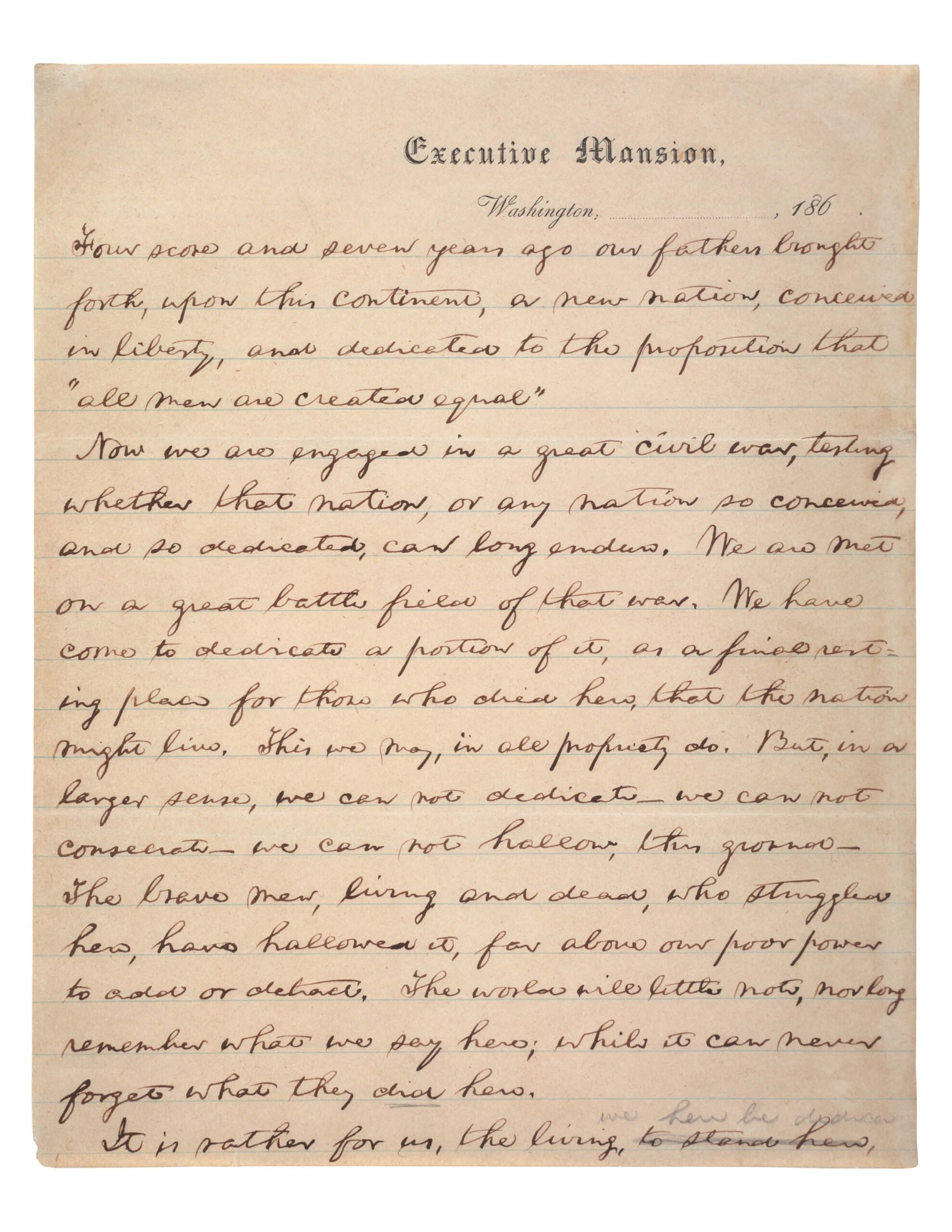 How Long Did it Take Abraham Lincoln to Deliver the Famous Speech?

Historical records say his speech was completed in less than 2 minutes, far longer than Everett’s 2-hour delivery. Lincoln’s participation was really an “afterthought.”

What is Dedication Day 2021 at Gettysburg National Cemetery?

The 158th Anniversary of President Lincoln’s Gettysburg Address will be observed in Gettysburg National Cemetery on Friday, November 19, 2021. Final details are to be determined. When held in person, the event typically features a live performance of the Gettysburg Address by an Abraham Lincoln impersonator in full periodic attire as well as a keynote speaker.

Learn about other must-see Gettysburg hot spots and contact us to help you get the most out of your next trip to Gettysburg. Call 877-680 (TOUR) (8687).