On the Gettysburg battlefield, in the shadow of the Oak Ridge Observation Tower just off Doubleday Avenue and not far from the junction between Confederate Avenue and the Mummasberg road, there is an open field of nondescript farmland bordered on one side by a low stone wall. This property, part of the John Forney farm on the eve of the famous battle, would sadly be the site of one of the most brutal and ignominious episodes of the Civil War.
This otherwise nondescript patch of grass on Oak Ridge is where the unsuspecting men of a hapless North Carolina Brigade would meet a horrific fate, and the events of that tragic day would earn that lonely patch of ground a share of infamy that echoes through the years to the present day.

Modern-day visitors to the Gettysburg Battlefield can experience the site firsthand and walk the hallowed field widely famed as a supernatural hot spot.

END_OF_DOCUMENT_TOKEN_TO_BE_REPLACED

How could Gettysburg celebrate Women’s History Month without first looking at one of its own? Gettysburg is a borough known throughout the world and recognized for the historic Civil War battle that took place during the first three days of July in 1863. Nearly 150 years later, Gettysburg elected Rita Frealing, who is not only its first female mayor but its first African American mayor.

Gettysburg Battlefield Bus Tours is always looking to proudly promote this wonderful community, from the businesses to its people, to the history of a small borough that persevered during and after a defining battle of the American Civil War. END_OF_DOCUMENT_TOKEN_TO_BE_REPLACED

Several intriguing Gettysburg ghost videos exist out there and while we cannot confirm their authenticity, we can tell you that our Ghostly Images of Gettysburg tours are among the most popular things to do in this historic town. Many visitors have shared stories of their own in-person “lost spirits of Gettysburg” experiences.

We also offer walking tours, starting at the Haunted Orphanage of Gettysburg and continuing to other venues where paranormal activity occurs or has occurred.

Only 15 percent of people who experience a ghost actually see a ghost. You might experience a ghost with other senses. For instance, guests may smell piped tobacco or cigar smoke at the Gettysburg Battlefield when no smokers are on site.

END_OF_DOCUMENT_TOKEN_TO_BE_REPLACED

Little Round Top, situated high above the Gettysburg Battlefield, is known as a key location where one of the Battle’s most pivotal attacks took place. It is the setting for the popular Civil War novel, “Killer Angels” by Michael Shaara, which won a Pulitzer Prize for Fiction in 1975.

Gen. Joshua Chamberlain and his soldiers from Maine repelled Gen. Robert E. Lee’s July 2, 1863, advance on Little Round Top, despite its challenging terrain. Their successful defense protected a vulnerable Union left flank and changed the fate of the battle and of the Civil War.

(While the brave soldiers of the 20th Maine deserve much credit for this victorious swing in the battle, it needs to be added that U.S. Sharpshooters stationed in the woods below Big Round Top helped repulse the flank and rear of advancing 15th Alabama Regiment led by William Calvin Oates.)

Today, visitors to the Gettysburg Battlefield can learn more historic details about Little Round Top. They can stand on Little Round Top and experience much of the same challenging terrain as the soldiers. It’s a fantastic vantage point to imagine events of the Civil War and contemplate its significance.

A rehabilitation project is set to take place later in 2022, which will close the site for a year or so. If you hope to check out Little Round Top for yourself, we recommend visiting soon! END_OF_DOCUMENT_TOKEN_TO_BE_REPLACED

Romeo and Juliet may be the most notable star-crossed lovers, but Pennsylvania’s Jack Skelly and Jennie Wade have a love story that may be just as tragic.

He would never learn of her death, as he died of wounds sustained at the Second Battle of Winchester in Virginia on July 12, 1863. Read further to learn more about this tragic Civil War love story. END_OF_DOCUMENT_TOKEN_TO_BE_REPLACED

At Gettysburg Battlefield Tours, you’ll find tour guides who love sharing historical facts about the most important engagement of the American Civil War.

When winter arrives, that doesn’t stop.

Is Gettysburg open in the winter? You bet! The town known for one of America’s bloodiest battles is now perhaps one of the most peaceful places to visit in winter. Not only is the town of Gettysburg open to visitors hoping to dine and shop in this quaint historic town, but our guided tours of the battlefields and Winter Combo Deals make Gettysburg a wintertime destination.

Read further to learn more about winter in Gettysburg. END_OF_DOCUMENT_TOKEN_TO_BE_REPLACED 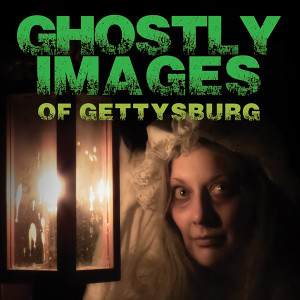 Thrifty visitors, take note! The existence of our winter combo tours seems to be one of the (unintentionally) best kept secrets in Gettysburg. These ghostly adventures are offered on Saturday nights during the winter season (weather permitting), and beware: when space fills up – they’re gone!

The exciting news, if you’re reading this in early January, is that the season has only just begun. Our special combo tours are offered on Saturdays starting January 15 at 7:00 PM, and they run all the way through March 12 (weather permitting) with the exception of February 12th when the tour time will be 6 PM.  Please note, Ghostly Images is only open Saturdays from 3:00 PM until the time of the tour.  We will also have a 7 PM Tour on Friday, February 11th.

Why do we call them combo tours?

As you probably can guess, each combo tour includes a private tour of the Jennie Wade House AND the Haunted Orphanage. You may have seen these on popular network shows such as: END_OF_DOCUMENT_TOKEN_TO_BE_REPLACED

Actor Stephen Lang recently traveled to our town for a book signing, hosted by The Gettysburg Foundation Visitor Center. His book, “The Wheatfield,” written for younger readers, is designed to encourage them to help others.

“The Wheatfield” tells the story of the Battle of Gettysburg through the eyes of Union officer and Medal of Honor awardee James Jackson Purman. It describes the story of Purman, who fought with the Union Army, as he recounts fateful encounters with his friends and foes years after that fateful battle. Hindsight and the passing of time strip away allegiances to North and South.

Want to learn more about the Battle of Gettysburg and see history come alive? Tour the historic fields of Gettysburg through the perspective of a licensed battlefield guide. These tours are available year-round as well as specialty tours offered seasonally. END_OF_DOCUMENT_TOKEN_TO_BE_REPLACED

Author Adam Shefts, The Victorian and Edwardian era enthusiast and an avid researcher of all things obscure relating to these time periods in America, will give presentation during the Jennie Wade Specialty House Tour.  After the tour, Mr. Shefts will sign purchased copies of his books in the gift shop.  Tour times will be 1 PM, 2 PM & 3 PM on December 4th & 11th, 2021.

Space is limited on tour.  Purchase tickets in advance.

The Dark Side of Christmas will feature Folklore, Legends, Tales and History surrounding The Villains of the Season. From Krampus to Belsnickel with a variety of others.

Join a Ghostly Images Guide in the darkened assembly room to the rear of the Haunted Orphanage for “Haunted” Christmas stories that were brought to America from Germany, England, Italy, Austria and all across Europe centuries ago.

A Christmas Experience that you will never forget!

$15 per person (Parental discretion is advised)