Charlie Weaver’s Carvings On display at: 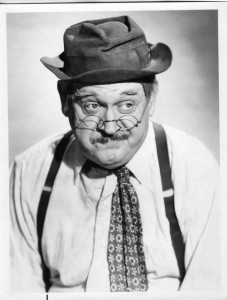 Who was Charlie Weaver?

Cliff, born in Toledo, Ohio was a comedian, actor, pianist, composer, songwriter, wood carver and Civil War buff; however, he was best known for his role as Charlie Weaver.

His family got their start in show business largely due to his career (His son Lewis, and his grandchildren Patricia, Rosanna, Alexis, Richmond, and David Arquette).

Due to professional obligations in California, he sold the museum to Leroy Smith who continued operating it as Charlie Weaver’s American Museum of the Civil War with Cliff’s blessing.

These carvings are a selection of the 57 figures that Charlie did. 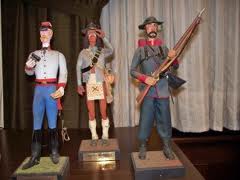 For Charlie, it was a labor of love, requiring 25 years of research and careful work to ensure that everything about the figures was perfectly reproduced.

He made them entirely by hand starting by sawing the white pine block, down to every last stitch in the uniforms.

Charlie made all of the accessories, including making custom molds to cast each of the trigger plates and hammerlocks on the painstakingly reproduced guns.