What is the High-Water Mark?

The High-Water Mark of the Confederacy or “high tide of the Confederacy” refers to an area on Cemetery Ridge near Gettysburg, Pennsylvania, marking the farthest point reached by Confederate forces during the action known as Pickett’s Charge on July 3, 1863. Like a high-water mark denoting a level of water, the term is a reference to arguably the Confederate Army’s best chance of achieving victory in the war. The designation “High-Water Mark” was formally evoked by historians in the years following the Civil War, based on the idea that the battle of Gettysburg was the turning point of the war.

Where is the High-Water Mark?

The monument to the High Water Mark of the Rebellion is south of Gettysburg on the west side of Hancock Avenue, next to the “Copse of Trees” and near “The Angle”, a right-angle turn in a low stone wall that represented the center of the Union Lines on Cemetery Ridge.

In 1863, a clump of bushes and small trees grew at this location. In the planning for Pickett’s Charge on July 3, the clump (aka the Copse of Trees) was designated as a landmark to guide the attacking troops.

What Happened at the High-Water Mark?

On the third day of the battle (July 3, 1863), Confederate General Robert E. Lee ordered an attack on the Union Army center, located on Cemetery Ridge. This offensive maneuver called for over 12,000 men to march across more than 1,000 yards (900 meters) of dangerously open terrain while under enemy fire. The line of advance was east of “The Angle” in the stone wall atop Cemetery Ridge.

Preceded by a massive but mostly ineffectual Confederate artillery barrage, the march across those open fields toward the Copse of Trees became known as Pickett’s Charge. Union guns and infantry on Cemetery Ridge unleashed barrage after barrage against the advancing men, inflicting a truly horrific 50% casualty rate on the Confederate ranks. The surviving Confederates were able to breach the Union lines in just one place, the distinctive bend in the stone wall (“the Angle”). But they could not hold the breach to exploit it and were ultimately driven back.

Lee’s Army of Northern Virginia retreated the next day, leaving Gettysburg for Virginia. Even though the war lasted almost another two years, Lee launched few offensive operations during that time, none of them near the scale of the Gettysburg campaign.

Legend and The Fog of War

Some historical accounts vary on whether the Union lines on Cemetery Hill nearby had been previously breached by Confederate forces a day earlier; but it remains widely accepted that this was close to the final location where Pickett’s fabled charge broke in the final major action on the last day of the battle, ending the Battle of Gettysburg in a Union victory. It is also worth noting that the Confederacy never lost a major battle before they came to this place, and never won one afterward. This place was the site where everything changed.

Legend has it that Confederate General Robert E. Lee carried a letter from Confederate President Jefferson Davis with him during the battle, addressed to President Abraham Lincoln and dictating terms of surrender for the beleaguered Union. Lee was to press on and march his forces to Washington (essentially undefended at that crucial moment, since the Army of the Potomac had been lured into the field) to deliver the letter personally after seizing the Capitol.

Those hopes were dashed by the stinging defeat of the Confederate forces at Gettysburg. That fateful letter would never be delivered. The Confederacy was never again as close to victory as it was that day, July 3rd, 1863, when Pickett’s Charge ended at what is now called “The High-Water Mark of the Confederacy.” 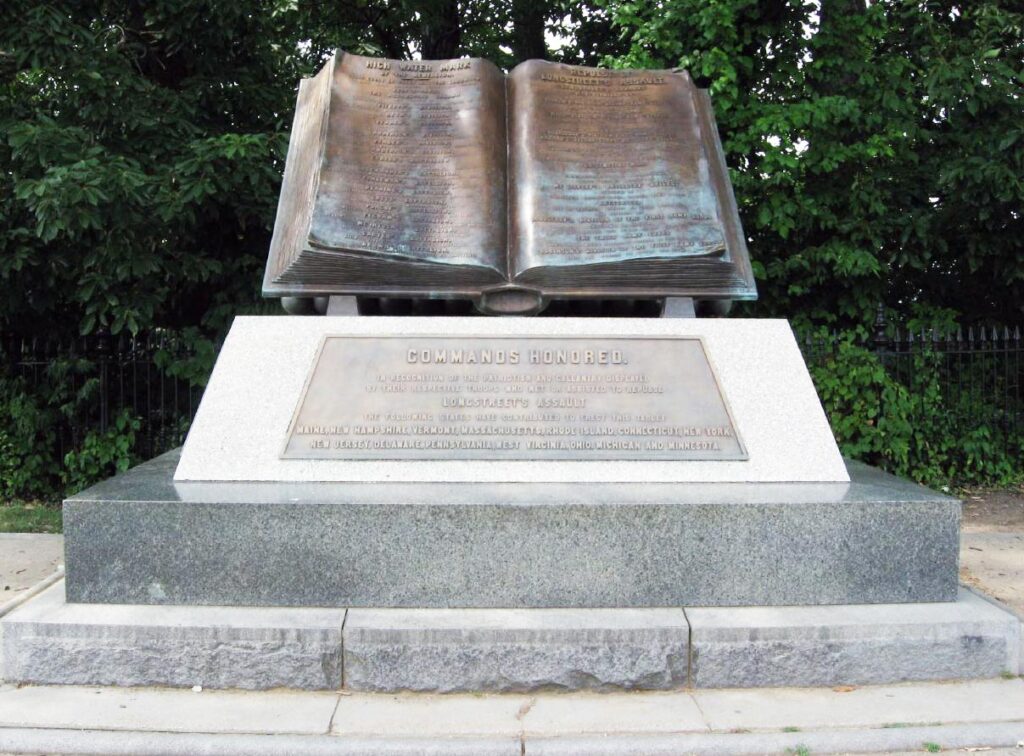 The High Water Mark of the Rebellion Monument was erected in 1892 to honor the commands of both armies that participated in Pickett’s Charge. The monument was designed by historian John B. Bachelder to commemorate the location and its significance.

It still stands there today, where visitors can gaze upon it and reflect upon the deep solemnity of what it represents to the American people: what was, and what might have been, had the Confederate Army not come to Gettysburg. 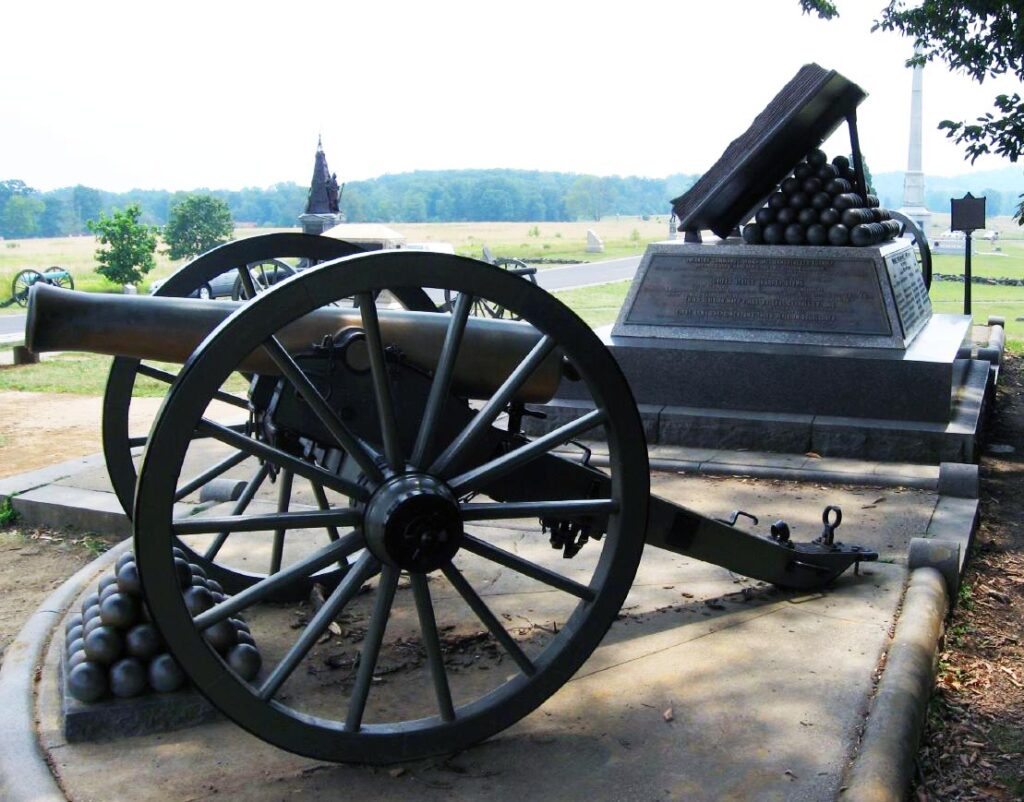 Where Can I Find the High-Water Mark?

The Monument to the High-Water Mark of the Confederacy can be found by visiting the location marked on the map below:

Visit the High-Water Mark in Person

Summer is here! Our bus tours of the historic Gettysburg Battlefield are in full swing. Reservations can be made by calling our toll-free number at 877-680-8687. You can also purchase bus tour tickets online.  Tours depart from the Gettysburg Tour Center located at 778 Baltimore Street across from the National Cemetery.