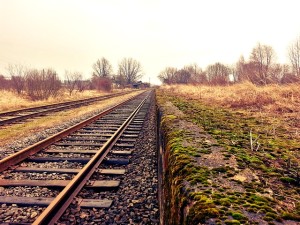 ven though the use of railroads pre-dated the Civil War, the Civil War was the first time they played a major factor in a war. With the growth of the industry in the 1850s you could imagine the soldiers preferred to use this method of transportation when their alternatives were on foot, by horse, using the flow of rivers, or in wagons. Not only could they move more supplies, but now they could also move them at a much quicker pace.

The Union held a significant advantage right out of the gate in regards to railroads and their infrastructure. Thousands of miles of track had already been laid by the beginning of the war, and the North controlled roughly 70% of these when compared to the South. The Confederate states and their people hadn’t yet realized the advantages the railroads would play in the future, and left their railways deteriorate to a poor condition. Once war broke out, the supply to make repairs to these tracks and railcars that was coming from England was cut off by the Union blockade, and the Union troops began to sabotage the tracks with much success.

Abraham Lincoln realized early in the war that if he used the railroads to isolate major cities he could limit their communication severely. One of the vital rail lines that was laid across Tennessee and was the main connection for the Confederacy and their capital in Richmond quickly became a target. The Confederates caught on and began retaliating by focusing on severing communication lines of the Union army.

For a majority of the major battles, railroads and rail lines played a pivotal role in the preparation, tactics, and operations. Between supplying food, weapons, uniforms, and even more troops the North enjoyed a significant advantage. Most of the battles were fought over railroads and railheads, and one of the main lines for the North, the Baltimore & Ohio (B&O) railroad, was almost always under attack. These constant attacks lead to General Robert Patterson’s orders to protect the line of the B&O railroad, so the Union could keep a clear line of communication with General George McClellan.

Some specific battles in the war that were fought over railways and their benefits include:

As you can see, the railroads played a significant role in what the Union and Confederates targeted and fought to maintain control of to help their side gain the advantage in the Civil War. While this brief blog gives you a quick overview, we encourage you to learn more with a visit! Be sure to check out our Value Plan to help save you money on your next trip to Gettysburg. We look forward to seeing you soon!