How could Gettysburg celebrate Women’s History Month without first looking at one of its own? Gettysburg is a borough known throughout the world and recognized for the historic Civil War battle that took place during the first three days of July in 1863. Nearly 150 years later, Gettysburg elected Rita Frealing, who is not only its first female mayor but its first African American mayor.

Gettysburg Battlefield Bus Tours is always looking to proudly promote this wonderful community, from the businesses to its people, to the history of a small borough that persevered during and after a defining battle of the American Civil War. 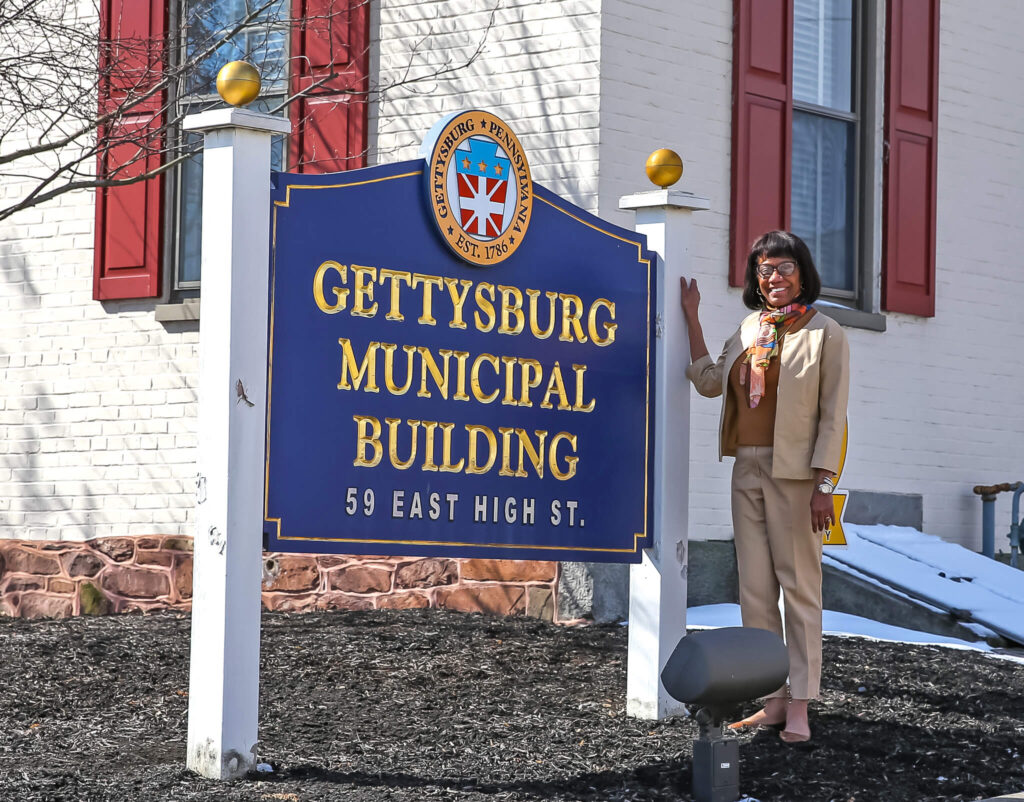 As soon as Mayor Frealing sat down for the interview, it was easy to see how this magnetic personality was elected with historic results. We use the description “magnetic personality” to describe Mayor Frealing, as her charisma and characteristics immediately lean towards the type of individual with those personality traits – authentic, confident, motivated, optimistic, and a wonderful sense of humor.

It all started a mile outside Gettysburg on Taneytown Road, where Mayor Frealing was raised. She attended school in Gettysburg from elementary age to graduating from Gettysburg High School, where she served as class president her sophomore and junior years, as well as president of the student council.

After graduating high school, Mayor Frealing went to college, as she set it up so perfectly, “to a small little school you may have heard of…Penn State University.”

At Penn State, she was part of a National Championship cheer squad that she proudly boasted, “beat out Alabama and USC.” Being part of that squad is where she developed the confidence, energy, and imagination one must have to be part of a championship team, cheering in front of thousands of fans.

Stepping back a bit, we asked the mayor who her biggest role model was growing up. Without hesitation, she spoke of her mother and aunt with great admiration. She also mentioned nearly every one of her high school teachers by name. All of them played a role in providing the building blocks for her success. Instilling the value of being proud of who she was and being true to her roots. That is where her authentic and eloquent traits developed. From an incredibly early age, she believed she could be anything she wanted to be. Becoming Mayor of Gettysburg was one of those items on her list. This would be possible because “Gettysburg was the type of place that allowed you to believe in yourself.”

After college, she went on to get her law degree and began a career as a television news reporter. Mayor Frealing will tell you directly, she was often searching for the next career opportunity. She held multiple jobs for the better part of her adult life as she enjoyed meeting new people, staying active, and trying different things. 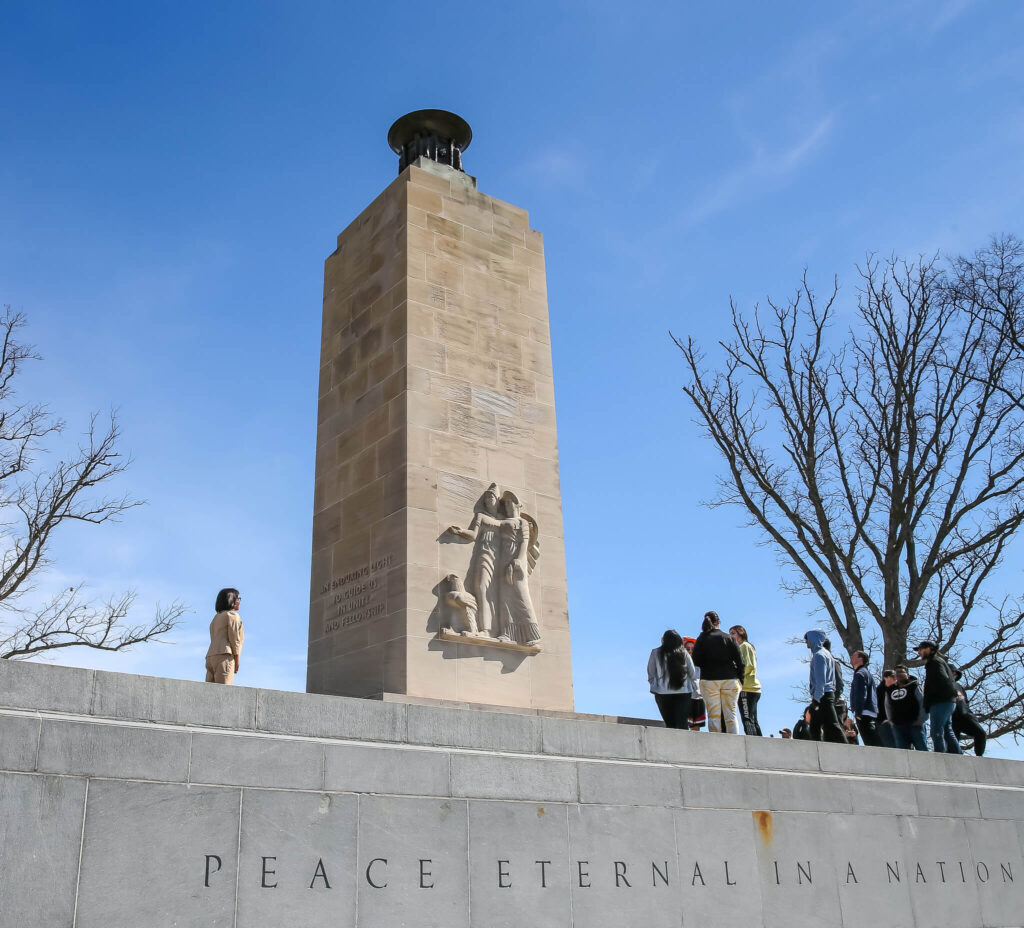 We concluded our time with the mayor performing a photo session at her favorite monument on the battlefield, the Eternal Peace Light Memorial. When discussing why the EPL Memorial was her favorite monument, she explained that her goal as mayor is to achieve “peace for all.” She believes this will be achieved by actively communicating with the residents of Gettysburg and seeking common ground.

As if orchestrated, we finished our photo session at the same time a high school group from Lexington, Nebraska was visiting the EPL. They flocked to Mayor Frealing without knowing who she was. “You look important,” one student stated. “Are you famous?” “Well, I’m the Mayor of Gettysburg, if that’s famous,” she jokingly replied. It became an immediate selfie fest, an authentic moment capturing the natural traits and grace of the first female, African American mayor of Gettysburg, Pennsylvania.