This is a dramatic event where you the visitor will meet the “Ghost” of Mary Wade, mother of Jennie. You will travel back to Christmas Eve 1863 where Mary is still mourning the death of her daughter. Hear her reminisce about Jennie’s life and tragic death. Journey through the house where Jennie died as mother discusses the traditions of the holiday season in 1863.  A night to remember in a holiday, historic fashion.

If it states tour is sold out, please call and double check as another tour may be added. 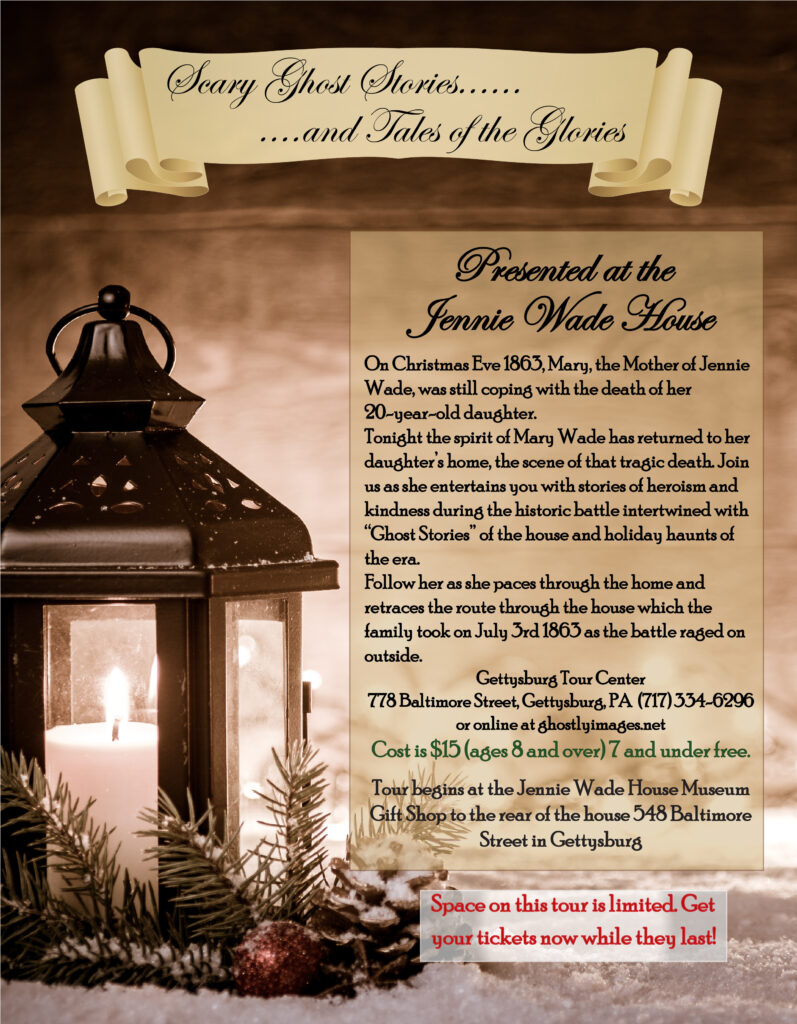