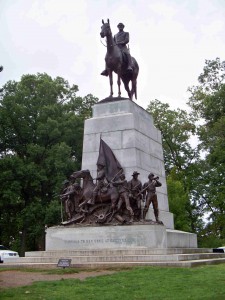 As Robert E. Lee wisely stated, “The education of a man is never completed until he dies.” We find this to be especially true, even for history buffs, when visitors ride along on a guided bus tour with one of our licensed Battlefield Guides and pick up a few things they never knew before.

The great thing about Gettysburg is that there are so many interesting tidbits of information that you can’t possibly get or retain them all with just one visit. We ourselves are still learning since starting the business back in the 1950’s!

We wanted to gather some of the more intriguing facts about the Civil War that readers of our blog may not be familiar with, so we put together this quick list of seven that we hope you’ll enjoy. If you have any facts of your own that you’d like to share, please include them in the comments section below.

We hope you learned something new from this blog, and encourage you to plan your next Gettysburg visit to learn other fascinating facts about the Civil War. As we mentioned above, if you have any of your own interesting facts be sure to share them with us in the comments section!